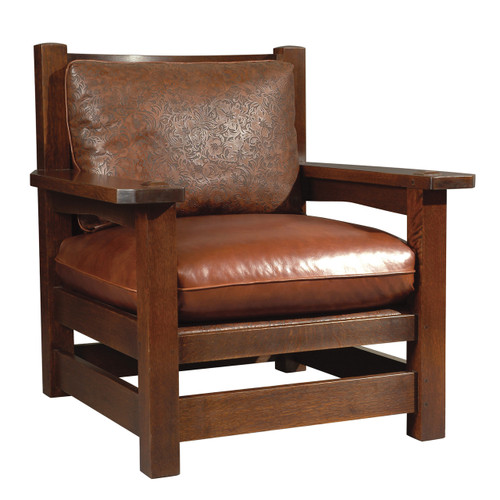 Originally designed around 1901 and named for Stickleyíë«s Eastwood factory near Syracuse, New York, this chair is an early example of íëí´CraftsmaníëíÍ design and one of the most sought after by collectors and connoisseurs. It also must have been a favorite of Gustav Stickley, who had one in his house on Columbus Avenue in Syracuse, and another at Craftsman Farms, his summer home in Parsippany, New Jersey. Like the original, the reissue is made of solid quartersawn white oak, with pinned through tenons. The impressive solid Quadralinear post, a distinctive feature of all reissued Mission Oak pieces, is an enhancement over the turn of the century example which featured veneers, so the ray flake could be seen on all four sides of the post.